Where to even begin with Liz & Destiny and their Tulum Beach elopement! I might as well start from the beginning… So, loooongggg before these ladies ever decided to elope, and even before they were engaged, Liz reached out to me on Instagram and told me she wanted me to photograph her proposing to Destiny. We literally ended up talking for a year and planning the proposal and FINALLY ended up making it happen in September of 2019. It was quite perfect and clearly she said yes…! We all became pretty good friends after that, especially after Destiny figured out I wasn’t really just some weirdo stranger trying to take photos of them at a winery…

Eloping had never really even crossed their minds, but once they started planning for a bigger wedding, they realized that ultimately having an elopement instead of a big wedding might suite them better, especially after covid hit. Annnddd maybe I kinda talked them into the idea too. Who knows. So in August 2020 we began the planning process together! We scouted out all different locations from Hawaii to Big Sur, Punta Cana and Tulum… And ultimately they ended up having a Tulum Elopement.

I wasn’t really sure what to expect from Tulum. I knew it was a popular destination, especially for Americans, and that it’s sort of a trendy travel spot these days… Now I know why. If you’re looking for a nice, relaxing, delicious, CHILL vacation, Tulum is for you. I’m going to make a separate blog about it, so that’s all I will say for now.

We started the day at their super cute hotel, called Era Hotel & Spa, which is where all of the getting ready photos were taken. Karina was their lovely makeup artist, 10/10 recommend her!!! The morning was so so mellow and relaxed, no rushing or stressing or crazy timelines!

Once we left the hotel, we stumbled upon a super cool & new hookah lounge and we had the entire place to ourselves. I honestly don’t know the name of the spot or I’d share it, but they had the BEST TACOS I HAVE EVER HAD!!!! The girls enjoyed some drinks and tacos, smoked some hookah, and then we went on our way! The whole day was quite spontaneous and we decided to go to check out a cenote because they potentially wanted to say their vows there, buuuuut that didn’t end up working out so we made our way to the ocean. I had done lots of scouting the days leading up to their elopement and had a few spots in mind along this beautiful stretch of beach, but we ended up wandering through a beautiful jungle-esque boutique hotel and they decided it was the perfect spot to commit their lives to each other. Like I said, it was so spontaneous and so so fun! After they said their vows, I GOT TO PRONOUNCE THEM AS WIVES!! We went and frolicked on the beach and somehow convinced the girls to go into the water in their dresses (the also wanted to jump into the cenotes in their dresses haha!) and it was honestly the most spectacular and carefree evening filled with so much bliss and love.

Destiny & Liz will forever be friends of mine. They are why I love my job. Couples like them are a huge part of my why. Making genuine connections and long lasting friendships is so important to me, and makes being a wedding photographer that much more special. 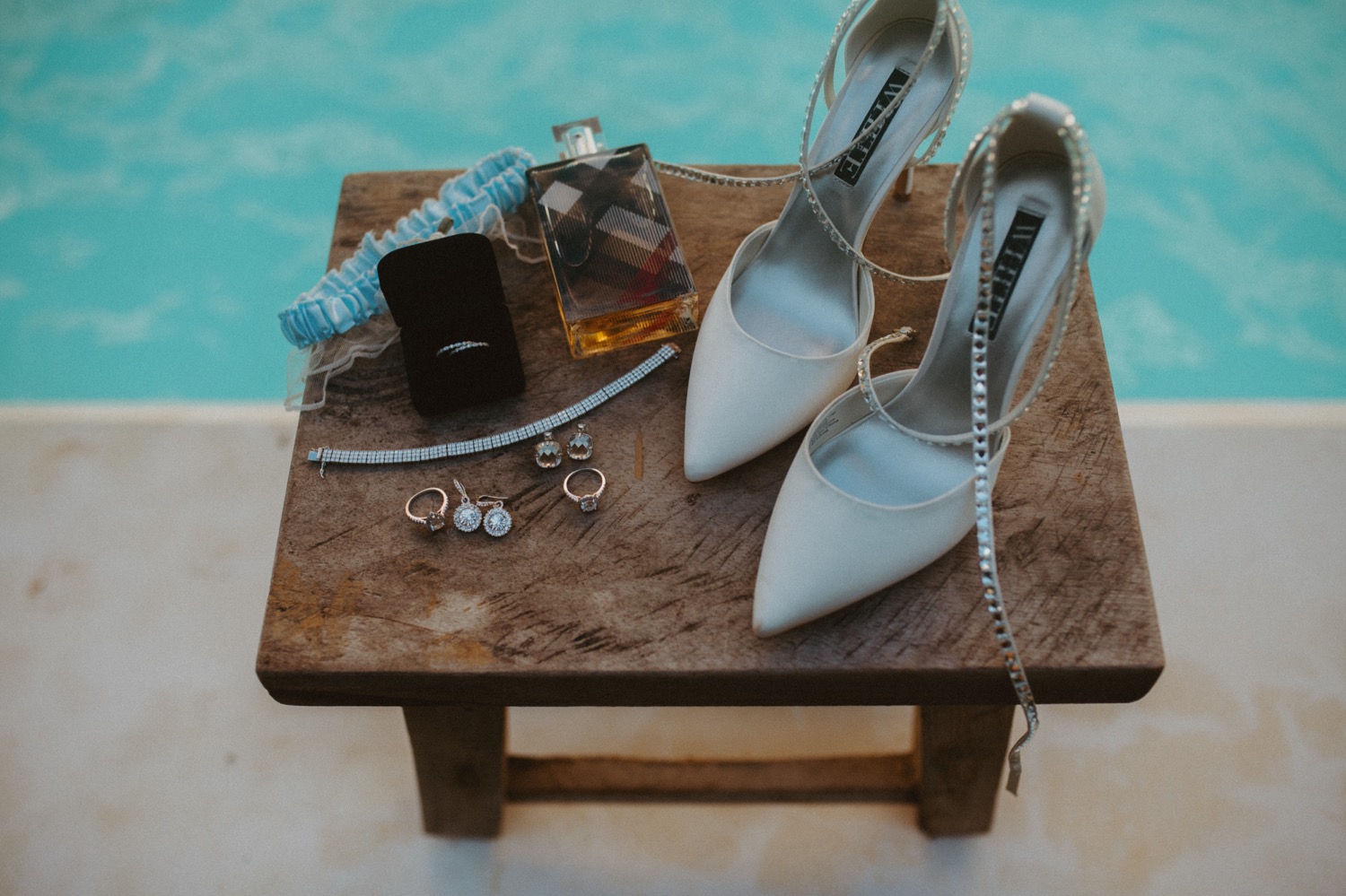